Flooding in the North and the Future
by J.B.Gerald 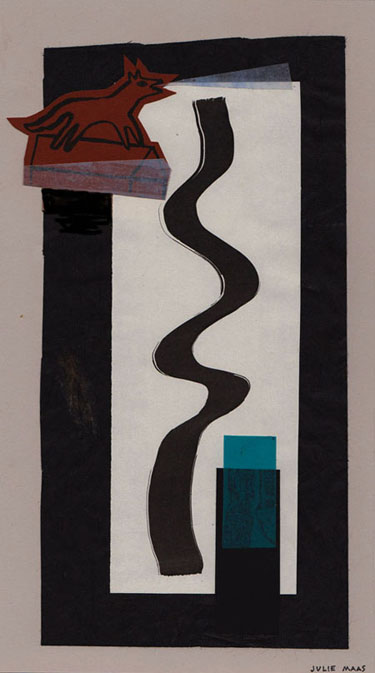 Unprecedented flooding is reported in Manitoba, Saskatchewan, in northern Quebec and northern and central Ontario. Aboriginal Bands and entire municipalities have declared states of emergency. Due to location First Nations settlements prefigure flood warnings for the larger towns. Kashechewan First Nation declared emergency April 30 with many houses uninhabitable due to sewage backup or flooding and 240 residents evacuated. Attawapiskat First Nation also declared an emergency April 30, after sewage backup closed both the hospital and the school; sewage backup into homes was protested by MP Charlie Angus to Parliament as early as 2009.

Flooding in Aboriginal communities compounds a state of emergency firmly in progress. The Attawapiskat community called a housing emergency in 2011; the Harper government and de Beers Diamonds responded with some trailers. Then the Government tried to take over the Band's finances and was stopped in court. Chief Theresa Spence began a fast in December 2012 calling for Canada to honour its treaties with First Nations. Her hunger strike was only ended by First Nations' concern and the government's promises to discuss. In fact, while Canada has become the third largest producer of diamonds, globally, the circumstances of the local people haven't improved. And in other regions corporations extract uranium, oil, gas, gold, etc. without primary responsibility to the land's inhabitants, Aboriginal or settler.

For example the Neskantaga Band called a state of emergency April 17. CBC which now gives the band's population as 300 (given as "400" on April 18th) reports 10 suicide attempts a month since the end of 2011. In 2012 Health Canada refused the Band's request for A. a drug treatment program, B. a mental-health counseling program. Lack of safe drinking water is confirmed. The Globe and Mail ("Northern Ontario chromite mining has first nation worried for water safety," Dec. 27, 2012) noted a boiled water emergency for the past 7 years, and has named two companies attempting to expand in the area, dependent on government and environmental and aboriginal approvals: Cleveland U.S. based Cliffs Natural Resources interested in chromite, and Toronto based Noront, interested in nickel-copper. The Band has only partial control of its finances and is worried the Federal government will respond as with the Attawapiskat, by trying to take over economic management completely.

In a January interview with CBC former Liberal Prime Minister Paul Martin faulted the Conservative government's treatment of native peoples and its attempt to legislate privatisation of Aboriginal land without full Aboriginal consent. He describes the Indian Act as "racist." Addressing the Government's Truth and Reconciliation Hearing in Montreal April 26th, he recognized Canada's residential school program as "cultural genocide." His government's attempt to create Aboriginal school boards throughout Canada under the Kelowna Accord was abandoned when Harper's Conservative government came to power. Both political parties represent the old order.

In northern Ontario the difficulty remains that most people are expendable to mining and resource interests which want the land's resources without just compensation to the local residents and all Canadians. Aboriginal bands bear the brunt of the injustice. Their people are endangered but it isn't just the flooding. It's the lack of potable water, drug abuse rates, suicide rates. Diabetes among aboriginal peoples is three times as prevalent as in Euro-Canadian and Immigrant based communities. Native groups have been engineered into situations of terminal health, both physically and psychologically.

The resources of the land provide minerals and gems of enough value to plan, sustain, care for, and protect all its inhabitants. Because the resources are stolen from the people the land doesn't sustain them and they become vulnerable to man made or natural disasters.

No one admits that European concepts of dwellings and common space applied to a native people in regions of extremes in climate, fail. Natural disasters such as flooding point up the wisdom of migratory lifestyles. European answers are applied to First Nations needs with the contempt of making profit, while failing to provide sound location for long term settlement, failing to provide proper infra-structure of water and sewage, failing to provide communities with the means of self sufficiency, healthy food sources, or self-sustaining industry/employment to purchase food. The inevitable result of European culture's government planning and funding so far is the eradication of a people.

Flooding is affecting non-band communities throughout Ontario as well. But what if the James Bay region were populated by those in power: the land's wealth of resources and the technology now available would produce flood-safe European towns on steel pilings with escalators to the front door, year round gardens under thermal bubbles, free communications, and lots of bicycles (Brazil could create an entire city of Brasilia without the encouragement of global warming). Instead, First Nations and settler communities, stripped of their inheritance, live amid the mercy of what's left. Cultural genocide against Aboriginals, is a metaphor for what happens in real time to all peoples who have claim to land wanted by corporate expansion. First Nations are simply the first obviously vulnerable to the results of corporate greed. Canada's reluctance to change course for all its people signals the intention of a crime that brings no future.

"Flooding in the North and the Future"
by John Bart Gerald, May 5, 2012
graphic by Julie Maas